Hear What Former Students Have to Say about Our Yoga Teacher Training Program! 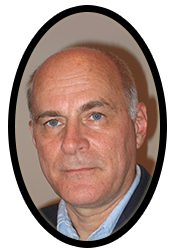 On multiple extensive journeys in India, he resided in spiritual communities associated with the Dalai Lama, Sri Ramana Maharshi, H. W. L Poonjaji (Papaji), and Sri Ramakrishna. In his own ongoing yoga and meditative practice, he combines methods and insights from Advaita Vedanta, the Upanishads, the Yoga Sutras, and different schools of Buddhism.

He is the author of Pluralism: The Future of Religion (Bloomsbury Academic, 2013) and the forthcoming Yoga, Meditation and Mysticism (Bloomsbury, 2016).. He has published articles in academic journals, magazines, and newspapers on the topics of comparative mysticism, religious pluralism, and the Upanishads. He also speaks regularly about these issues in nonacademic venues like yoga studios and teaches the philosophy of yoga in yoga teacher training programs in Hampton Roads and Charlottesville, VA.

Hear From Our Yoga Students!

As a newbie in Yoga, I have got to say I totally love it and especially at Zenya, I wasn’t sure if I could do it but with the experience staff helping me along the way it has been great. My favorite class is Barre Fusion w/Lara but also like the other classes I attend.

Relaxing & Invigorating! Zenya Yoga Studio is my happy place. I escape the hustle bustle of life when I
walk in the front door. It's instantly calming and changes my mood for the better. I have been going to Zenya on and off for the past few years. I wish I had the time to go everyday! I have experienced many instructors and have not yet had one that I didn't love. They each have their own gifts that they bring to the mat. Linda Kerns, who teaches Gentle Yoga & Vinyasa is so wonderful. I need yoga to calm my brain and move my body. Linda does that perfectly. I leave feeling like I just had a massage! She is great for people new to yoga as well as those who are experienced. Joe Charsagua is also a wonderful instructor and he gives your ears a special treat at the end of class. He plays the guitar and it's beautiful & relaxing. The reception staff are friendly and helpful and serve as substitute teachers when needed. Both Belda & John are fantastic at the front desk as well as on the mat! Last week John was a substitute teacher and his voice was amazingly calming. The owner, Cortney Cunningham is involved in many fitness businesses so her vast knowledge and experience are very helpful in making Zenya a successful business. Overall Zenya is a fabulous place and you won't be disappointed. Go check it out! The first class is FREE!!!

This yoga studio is top notch! They have an amazing variety of classes for all levels. The atmosphere is
so calm, relaxing, welcoming! I have been religiously coming here for over a year now and have no intention of stopping.

Highly recommend to anyone looking to try yoga or barre fusion!!!

Get Your FREE Class