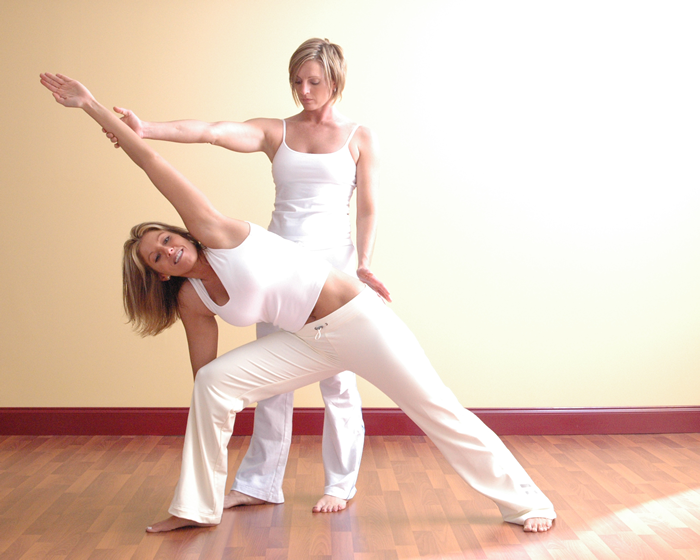 After a softball injury to her hand left her with a cyst-like lump on her wrist that grew larger as the years went by, Briann sought the help of an orthopedic surgeon who drained the growth, only to have it reappear just months later. Though virtually painless, the lump was unsightly and did threaten the functionality of her hand. The orthopedic surgeon recommended surgery that may not only affect the use of her hand but may not be permanent in its reduction of the offending cyst. Fearing the loss of functionality in what was her dominant hand, as she was a cello player and a center-fielder on her college softball team, Briann began to search for alternatives to surgery. A friend soon recommended she try yoga as it helped an acquaintance of hers with the recurrence of cysts that she had been suffering. After just a handful of yoga classes, Briann saw a marked reduction in the lump’s size. After a few months the cyst was completely gone and has not reappeared in the two years since.

Those that practice and teach yoga have understood its underlying health benefits which can affect the entire body. Western science and medicine have recently started paying attention to the positive effects that yoga therapy can offer. Recent studies back up what enthusiasts and instructors have understood for years; that yoga can alleviate problems associated with back pain, heart disease, immunity issues, multiple sclerosis and even cancer.

As Port Warwick’s premier yoga training and certification school, we will be including yoga therapy training in our next 500 hour certification course. The next session begins in April 2015 for those that have already completed the 200 hour yoga teacher training. For more information on either course, call Zenya at Port Warwick Yoga at 757-643-6900.

Get Your FREE Class